News for the New Year

Let me start the year with a thank you or two. Thank you, dear reader, for having travelled into the imaginary with me throughout 2012. Whether you bought one of my books, or won a copy (congratulations!), or borrowed one from a friend, or read one of my short stories in a magazine or anthology like FEAR: A Modern Anthology of Horror and Terror, I trust that you enjoyed the tales and that they will continue to inspire or perhaps haunt you well into the new year. I would also like to thank the publishers, reviewers, interviewers and literary webmasters who have supported me throughout 2012. My previous posts tell you who they are.

I had a quiet New Year's Eve with my wife, we wanted it that way. While millions of Australians were having a drink and watching fireworks and an unfortunate few were undoubtedly glassing each other in pub fights or speeding around idiotically in their V8 cars, we sat together and talked about ourselves, our families, and the state of the world as a whole. However, as you have noticed, I use this blog to keep you up-to-date with my writing news, not details of my personal life or observations of current affairs. So, here's the news.

OZ HORROR CON '13
I haven't made a public appearance since the launch of Hoffman's Creeper and Other Disturbing Tales in Brisbane but I'm happy to announce that I will be attending the Australian Horror Convention for 2013 which will be held in Melbourne on January the 19th and 20th. This is the first time I have ever participated in a horror convention so I'll probably be the one being scared rather than doing the scaring! Come along if you'd like to have a chat or get a signed copy of my short story collection. I'll be there on Saturday the 19th.

WRITING NEWS
I'm working on a number of stories at the moment. My main focus is on a series of novellas about a private investigator of strange happenings from my home town, Brisbane. The mysteries are not murders or any area of crime that would fall into the realm of police work, they are all unusual and perplexing mysteries that require the attention of a private detective with remarkable cognitive abilities and a talent for such sneaky activities as wearing impeccable disguises, shadowing suspects and picking locks. I've written the first draft of the first three stories featuring this character and will be reworking them in preparation for submission later this year.

I am also completing the first draft of my second novel and hope to have it ready for submission later this year. More news about that later.

In the meantime, I have a handful of short stories that need polishing off in time for submission to the AHWA Short Story Competition and various magazines and anthologies.

So... with all this on my plate, I had better post this blog and get to it. 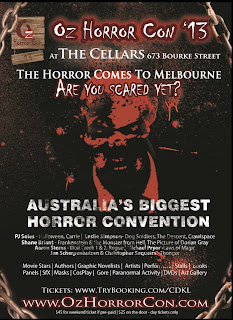