Abraham Fogg and the Witches in a Nazi Submarine Base 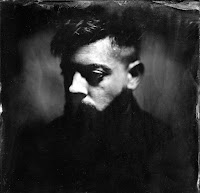 It's not every evening I get to witness creative genius of a bizarre, eerie, and inspiring nature in a live performance. But tonight is set to be one of those rare occasions. Abraham Fogg is going to use his original compositions to narrate a seminal Swedish-Danish horror classic, Häxan, in a Nazi submarine base in France... No, you didn't imagine that last sentence! I guess you want to know more. Abraham was kind enough to answer a few questions for me.

1) Who is Abraham Fogg and what is his mission?
Abraham Fogg is an electronica project that aims to narrate stories in music.
I've been a composer for fifteen years and this project is a space of absolute freedom, where I can deeply express what I am and the music I love. I’m very protective about this and my mission here is to defy and enjoy myself.
I’m inspired by the Electronica or Intelligent Dance Music (IDM) movement on one hand. This movement was born in the 90s English club subculture, and I know a lot thanks to the great record company, Warp Records. I connect a lot with the term "Brain Dance" that talks for itself and represents very well how you could define what I do. On the other hand, I’m deeply touched by the work of "Holy Minimalist" composers like Arvo Pärt or Tavener.

In Häxan, I want to give a second life to this great film, and bring back the sensations people had when they first watched it in the 20s. I want to provoke a radical experience for the audience.

2) What is so special about the film, Häxan? 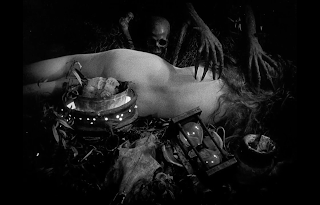 "Häxan" or "Witchcraft Through Ages" is considered one of the first horror films in history. This study on how superstition and misunderstanding of mental illness can lead to witch-hunts defined a lot of this genre's codes. It was made as a documentary, but the vision of its director, Benjamin Christensen, transformed the dramatised sequences into something both beautiful and scary. The film is from 1922 and was very innovative and disturbing. When it came out, it was banned in the US and in many other countries. The direction of photography is inspired by dark classical painters, like Bosch or Rembrandt, which make it timeless. I think this film still has a lot to tell us today. With its very early feminist tone and its true indictment against obscurantism, this film is in a way strongly echoing our times. Christensen was a true visionary and I hope people will discover his work through this project.

3) Where will you be performing next?

I’ll start a tour this winter that will be announced later on. I can already say that there will be some very exciting experiences, like playing in the castle of a city historically known for it’s witchcraft culture. I’m working with the great photographer, Nona Limmen, on an exhibition linked to the show. With Maxime Perbellini, a French historian specialised in medieval witchcraft, and we will certainly do some conferences too. I’ve also work with my dear friend, Biorn Ivemark, a doctor in sociology and translator from Sweden, and a photographer called Emmanuel Ligner.

4) Where can we find out more about your music?
You can follow my Facebook page "Abraham Fogg" for further announcements and the website of my company: www.collectifopera.com