Carrie The Musical, inspired by Stephen King's classic novel, is coming to the Brisbane Powerhouse in 2016. The director, Zoë Tuffin, has kindly agreed to answer a few questions for the members of the Australian Horror Writers' Association. 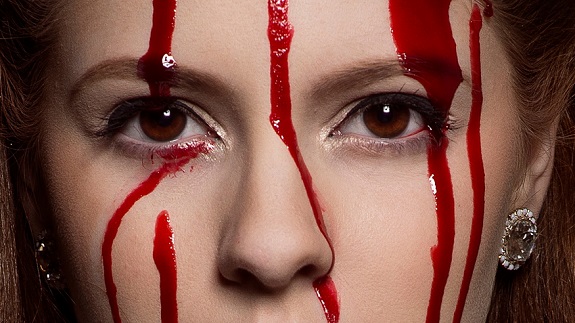 Thanks for answering our questions about the upcoming musical, Carrie. Could you introduce yourself and Wax Lyrical Productions to our members?
Sure. I’m a theatre director and producer. I work as a producer at Brisbane Powerhouse and have directed, this year, Titus for Queensland Shakespeare Ensemble and Enter Macbeth, an adaptation of Shakespeare’s play, for Vena Cava Productions. Both quite bloody and violent shows, there seems to be a running theme in my work lately, not sure what that says about me…
Wax Lyrical Productions is a company that my writer/director husband, Shane Pike, and I started when we first moved to Brisbane. We recognised that there wasn’t a great deal of work being created in Brisbane that had a strong narrative. Brisbane loves spectacle, there is oodles of circus and physical theatre being created here. Wax Lyrical is all about creating work that first and foremost has a great story. And so far Brisbane audiences have responded really well.

As you can imagine, many of the AHWA’s members are Stephen King fans. Why do you think they will enjoy the musical? What are the major differences and similarities between the novel, the film, and the musical?
The musical, in my opinion, takes the best bits of the novel and the 1976 film and adds some songs. The musical was first performed in 1988, it caused a great deal of controversy and wasn’t presented again until 2012 when it went through some major rewrites. The rewrites brought the musical closer to Stephen King’s novel. The 2012 version, which Wax Lyrical is presenting, is told from Sue Snell’s point of view. She is being interrogated, forced to relive the memories that still haunt her.
The music is obviously the biggest difference between the novel and the musical. Like any good musical though, the songs are always either an expression of character or a way to move the plot along. So they are still deeply tied to King’s story. Even the style of the music is a reflection of each of the characters. For instance, Margaret White’s songs are big, dramatic almost operatic numbers that perfectly capture her eccentricity. Compared to Chris Hargensen who has this great dirty pop number.

Much of your work is inspired by Asian theatre, including butoh dance theatre. Is this evident in Carrie?
I think it’s inevitably there, it’s such an important part of what I do. I’ll be using it in a subtle way though, it’ll be more of the inspiration behind some of the movement than a direct integration. So I won’t be changing the dance numbers into butoh! No, rather some of the more supernatural and haunting elements of the show will have a flavour of butoh to them.

What qualities did you look for when casting?
It’s funny you know, I cast it very much the same as I would any straight theatre show. I looked for good actors, really good actors. Obviously they needed to be able to sing. It’s quite a difficult score and my Musical Director, Dominic Woodhead, had vetted them carefully on that but for me, it was all about the acting. The characters in Carrie, that King created, are very complex. There is nothing simple or black and white about King’s writing and it is vitally important to me that we don’t present simplified stereotypes (which happens a lot in musicals). So I needed to find performers who could bring out that level of complexity.

A question for those of us who know nothing about theatre; what’s the blood made of?
Such a good question. Fake blood is made from glucose syrup, red food colouring with a little bit of blue to make it nice and dark, then you add chocolate sauce to give it a good consistency (glucose syrup is super thick so the chocolate sauce helps to thin it out without making it too runny). As you can imagine, it is super sweet! We’ve planned to release a little video on our Facebook page showing you exactly how to make it—so keep your eyes peeled for that!

The Powerhouse is a unique venue with lots of atmosphere. What does it mean to you?
It gives us a great opportunity to honour the space we’re in. There’s not a great deal we need to do for the design, it’s such an atmospheric space as you say. We’re in the Visy Theatre, which is a lovely intimate space. There is some great graffiti on the back wall and these gorgeous big pillars in there too. We’ll be using all of that to help create our design.

Will Carrie be touring the country?
I hope so! I’ve been chatting to folks in Melbourne so you never know.

Where can we find all the details including times and tickets?
The show is running 20-30 January. Tickets are here: http://brisbanepowerhouse.org/events/2016/01/20/carrie-the-musical/