What do mystery writers do when they have free time and feel like going for a drive? They visit mysterious sites like neolithic cairns and mediaeval castles, naturally. There are dozens of stone-age remains and probably several dozen castles within an easy two-hour drive from where I live, so allow me to share a couple with you.

The Larcuste Cairns are hidden in the middle of farmland near Colpo in Brittany. They appear to be on private property, since you walk through cultivated fields to reach them, but are open to the public. I don't want to cause a stampede to this quiet village, but if you're of a considerate nature and keen on prehistory, a trip to the cairns is an interesting experience. 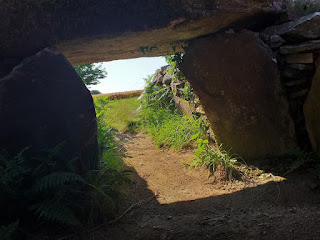 The Fortress of Largoet boasts one of the tallest keeps in the world at forty-five metres. It's an impressive hexagonal tower, now ruled by pigeons who bombard unsuspecting visitors with biological weapons as they step into the hollow stone shell that was once an abode of considerable standing. The castle was an important part of Brittany's defenses against France, and the future Henry VII of England, who would later found the Tudor dynasty, was imprisoned here for his own protection as a boy. As a result, he avoided assassination and is said to be the last monarch of any kingdom to speak Breton. 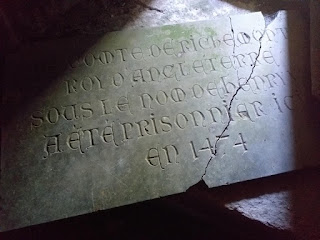 Inspiration for tales of mystery and suspense? You better believe it! 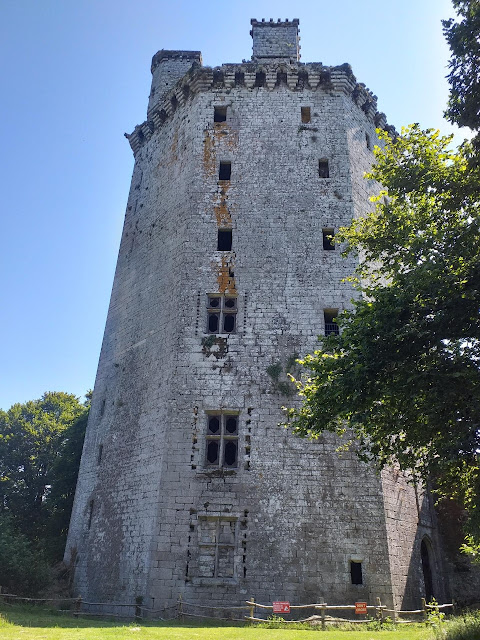